So, this whole no training plan thing has been working out well for the most part. I don't need a training plan right now and life's busy so I just run when I want to or have the time.

But what I've realized in the past few weeks is that my runs have been typically the same pace(ish) each run (8:15-8:30 min/mile). Because I'm not following a "plan," I'm also not running easy very often. Blame it on forgetfulness. And this has left me with sore legs more often than I'd like.

Enter: time to get my easy on more often. Just because I'm not training for a big race, doesn't mean I shouldn't be easing back now and then.

Sunday after hot yoga, I opted for an easy 30 min run in the glorious sun with the goal of running slow and getting the junk out of my legs.

While the run was perfect, it was HARD to run slow. Gotta remind myself to do that more often.

On the racing front, my friend Jess and I are going to run the Cascade Half Marathon in January. I've run it once before and it's flat, fast and typically cold. Bonus: it's affordable and they have great refreshments afterward!

Lindsey and I ran 10 miles on Saturday, which was tough on my glutes, but fun. And I guess I got my "long run" in. Just need to fit a few more of those in for the half!

Photos from the Weekend
I spent three hours at the library on Sunday studying for my biology final. Again, it's amazing how peaceful the library can be these days. Can't say the same for when I was 18; it seemed like a torture zone back then. 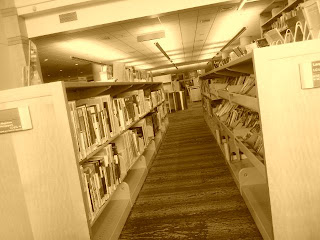 The Eugene Public Library also had this really cool display going on this weekend. Tibetan Buddhist  monks were at the library creating this sand mandala from Friday to Sunday. 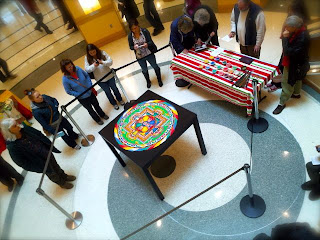 I didn't get a pic with the monks creating it, but they were as you would imagine - wrapped in dark red fabric, no talking and all focus on the sand mandala. 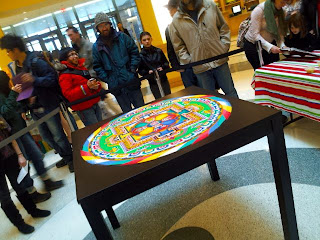 It's not finished (or perfect), but look it's an actual craft and it's on its way to looking like a legitimate holiday wreath! 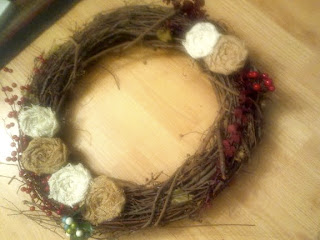 Anyone else forgetful about running easy when you're not following a training plan? Okay, back to studying.

Lisa from Lisa's Yarns said…
I tend to feel sort of like I lack direction and motivation when I am not training for something... But i know that this is not the time for me to train for a race with the CFA studying coming up. I am still running 2-4 times/week and have been doing more yoga so it has been nice to switch it up. I just feel like my mileage is too low, but oh well!
December 3, 2012 at 5:12 PM

Tasha Malcolm said…
I hope that your finals go good! Good luck with your studying. At least it is almost winter break time for you. No more classes for what- 3 weeks? I love that wreath too- did you find it on pinterest? I bought a wreath for our front door at Target that is cute, but I don't love it. Homemade ones are always so much more unique.
I always find even when I don't have a training plan I am always pushing myself. I need to remind myself constantly to take it easy. My poor body!
December 3, 2012 at 9:03 PM

Heather @ Dietitian on the Run said…
Ha, I'm forgetful about it even when I'm on a plan! It happens... ;)

Unknown said…
I have no plan right now either..and it feels so weird! But freeing...

Hope your finals go well. Treat yourself to some goodies and an extra easy run :)