On Top of the World

This past summer, I got to experience something pretty cool. I rented Bolan Mountain fire lookout on the very border of southern Oregon and northern California. The manfriend had a last minute invite to a 24 hr mountain bike race, so I let him go and invited my youngest brother Max to come along.

It was one of those experiences that feels so precious and rare. We were literally on top of the world, or so it felt. We could stand at the fire lookout and see everything for miles in a 360 degree radius.

We picked up the keys at the Ranger Station in Cave Junction, OR and then made the hour or so trek up to the tip top of the mountain.

Unfortunately, the gated 2 mile fire service road up to the lookout was terrifying. 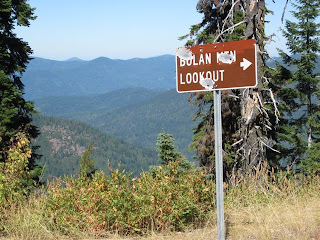 It was narrow, super rocky and steep. Let's just say I was thanking the heavens my brother is a good driver and has a decent truck (and that we hadn't brought my little Corolla). 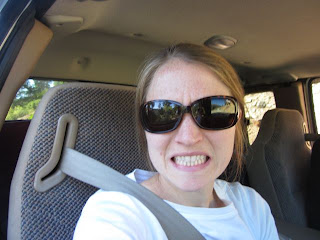 None of my photos did the road justice. There were tight turns where Max had to make 3-4 point turns. 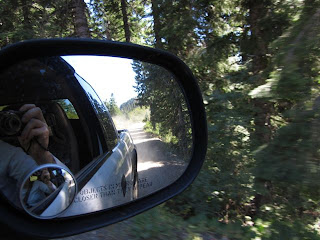 And the final challenge, was the 100 or so stone steps you get to haul your stuff up to the lookout (or come down to use the outhouse). 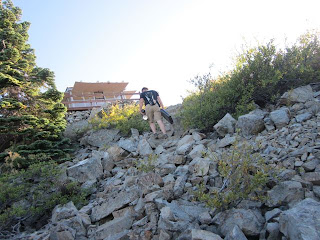 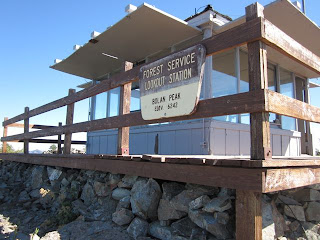 On top of the world. That little road in the lower left is what eventually brought us to the lookout. 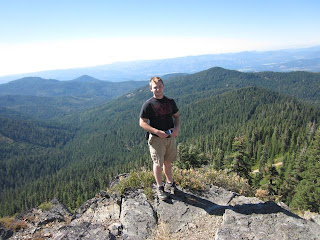 After looking around and putting away our stuff, we read a little history about the lookout. 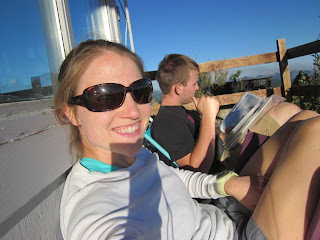 And with nothing else to do, we decided to hike the 2 miles down to Bolan lake. 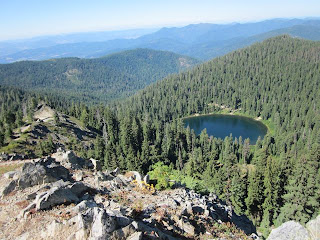 We even took a dip in the lake, which wasn't too icy cold. 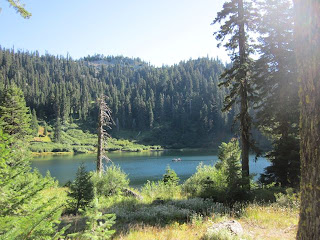 As the sun went down, the temperature dropped quickly. We made a gourmet meal of things I figured wouldn't need a cooler/fridge. Annie's mac 'n cheese w/ almond milk, broccoli and red onion. 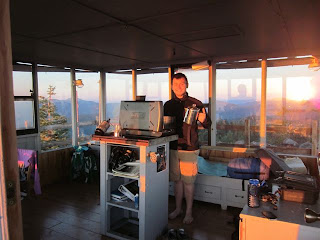 While we had cell service (there was a tower right next to the lookout), we entertained ourselves by playing a few board games that were left behind, by headlamp. And then stargazing on the deck. It was nice to unplug and just hang out with my bro.

The sunset was awesome, but the sunrise was epic. 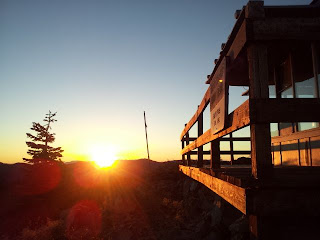 Crazy how the mind gets quiet without all the distraction. 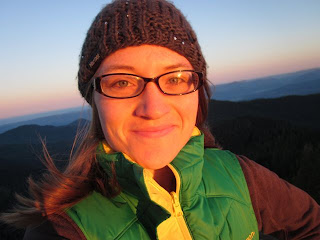 From up here, life seems more precious and the possibilities seemed endless. 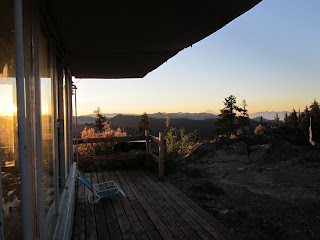 If you ever get the chance (and are willing to brave the drive to one), do it. $50 or so gets you one hell of a nights' stay and some serious solitude in a world of flurry, goals and stress.


We read stories (in the guest books) of folks who had returned to this exact lookout year after year to celebrate anniversaries with spouses, have a personal retreat or just unplug. Pretty cool. So there you go, 24 hours of adventure on top of the world.

What's the most adventurous thing you've ever done? Or a moment of complete and total relaxation?
Email Post
Labels: adventure in the great outdoors Bolan Mountain fire lookout camping

Amber said…
Wow that is SO COOL! I would love to stay somewhere like that for a night or two and just disconnect from the world! Fun to have some bonding time with your brother too.
January 10, 2013 at 10:59 AM

J said…
Awesome! I think we have a few places like that near us - we have lots of mountains, I know you can camp there, but not sure they have an indoor area but I will have to look into it. Looks like an awesome way to spend a night!!
January 10, 2013 at 4:13 PM

Luna said…
This is amazing!Too bad for the flight ticket(for me) though ;) But I will keep this in mind for my relatives inthe states and for my (sporadic unfortunately) visits there :)

Thank you so much for your advice concerning trail running - shoes and training. To be honest, I'd never heard of the brand of shoes you mentioned before; I've been reading comments on italian blogs, everyone says they're grat shoes, but not easy to find in Italy!What a news, hu?!Will check them out (again!) first time I visit back :)
I'll have to find a replacement for now!!Thank you again very much!! :)
January 11, 2013 at 1:59 AM

Lisa from Lisa's Yarns said…
Wow! That is so so cool! The pictures are gorgeous and I am sure they don't even do it justice. I could use a peaceful escape like that right about now...
January 11, 2013 at 3:28 PM

Heather @ Dietitian on the Run said…
Absolutely gorgeous! Nature is so good to us. I wish some of the Colorado 14-ers had rent-able lookouts like this; I'd snatch up a night at one of those in a heartbeat. That top-of-the-world feeling can't be compared to anything. The 'most adventurous' thing I've done is climb Gray's peak with Dustin - we had no idea what we were getting into, and will definitely prep a LOT more next time, but I'm SO glad we did it.
January 12, 2013 at 8:52 AM