Training from now until Europe

I've been thinking a little bit about what I want my (loose) training plan to be for the next 5 weeks (yikes!) before we head to Europe for three weeks. 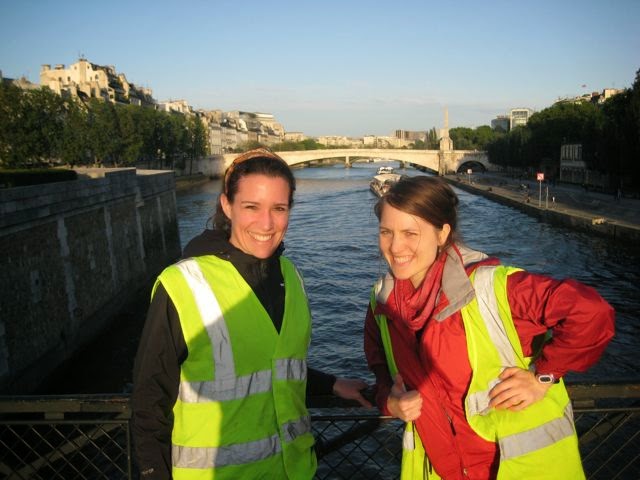 
I know that the manfriend and I will be active in Europe, but we'll also be on the go and there won't be much time to do a ton of running while we're traveling. I hope to get in a few gorgeous runs, but nothing I'm going to plan out. 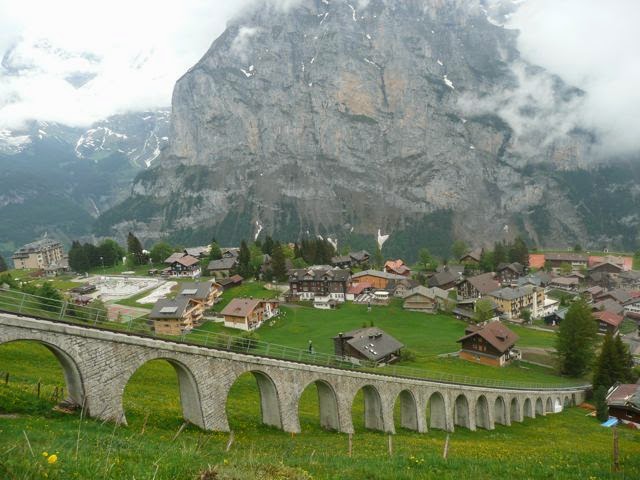 Oh you know, just a picturesque little setting in the Swiss Alps

Because of this break in my running routine, I want to be working hard and feel fit before we head off on our adventure {during which I'll eat gelato every day}. My rough idea is that each weekend I'd like to get in a longish run (10-15 miles) that include some hills and trail so that it's not a total shock to the system when I need to jump right back on the trails at the end of July. 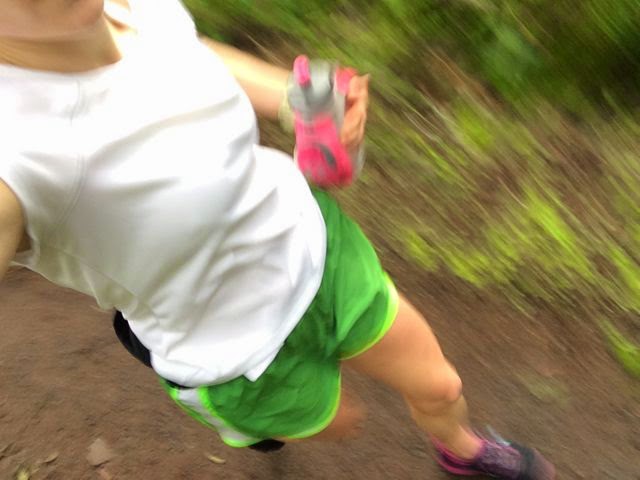 With the MRTR 50K in the beginning of September, I will really only have about 7 weeks to get back into the swing of things AND build up some serious mileage. Suffice it to say, I probably won't be PRing this year (my third time running this course), so I'll just shoot for surviving and finishing with a smile on my face.

And now for some McKenzie River Trail pics... 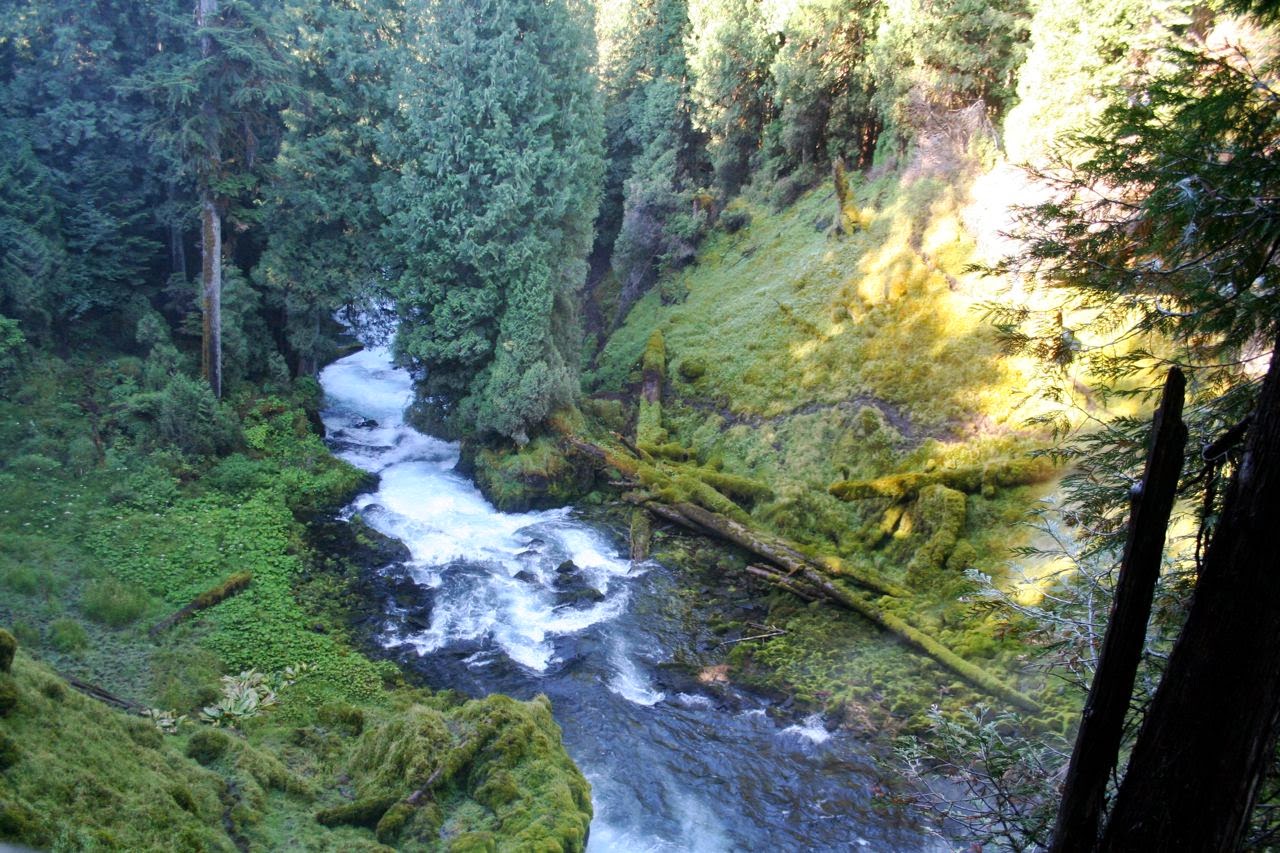 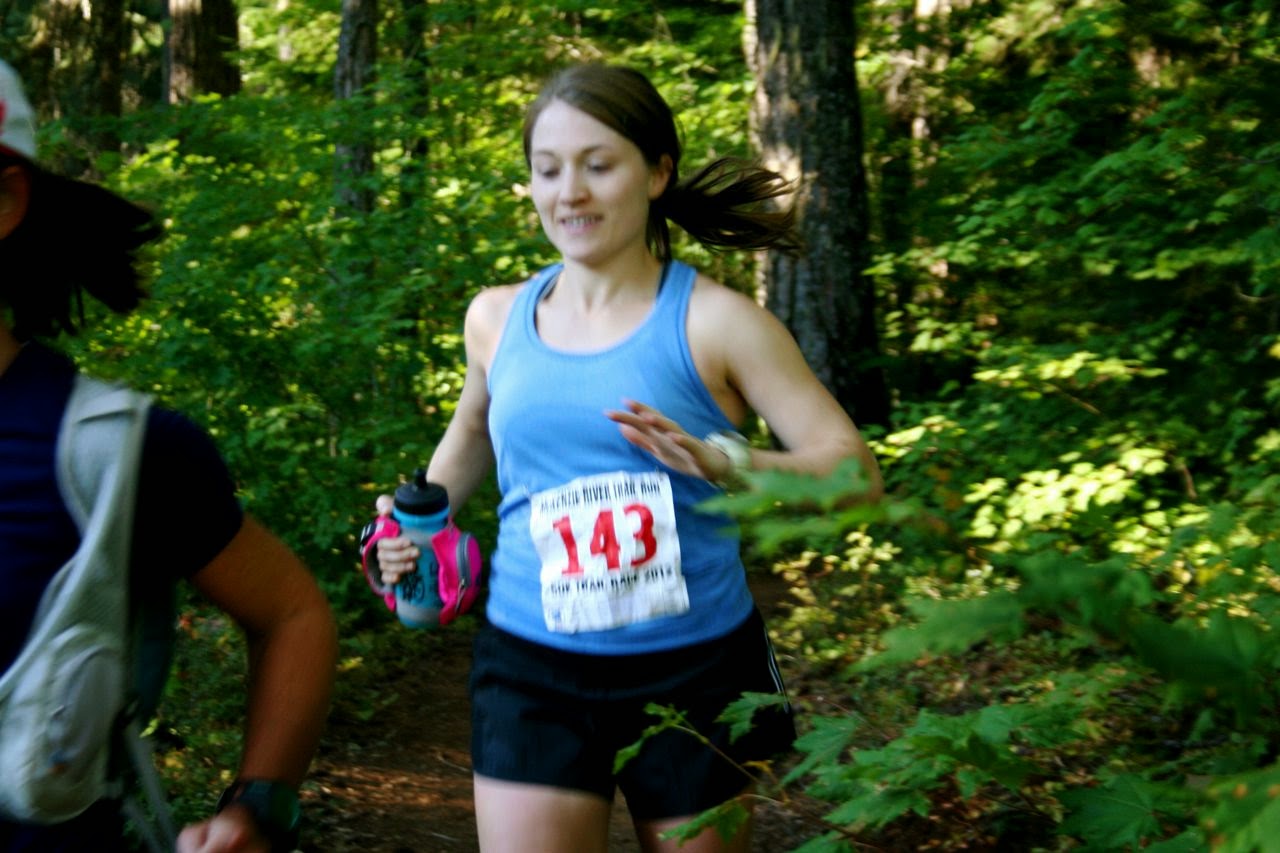 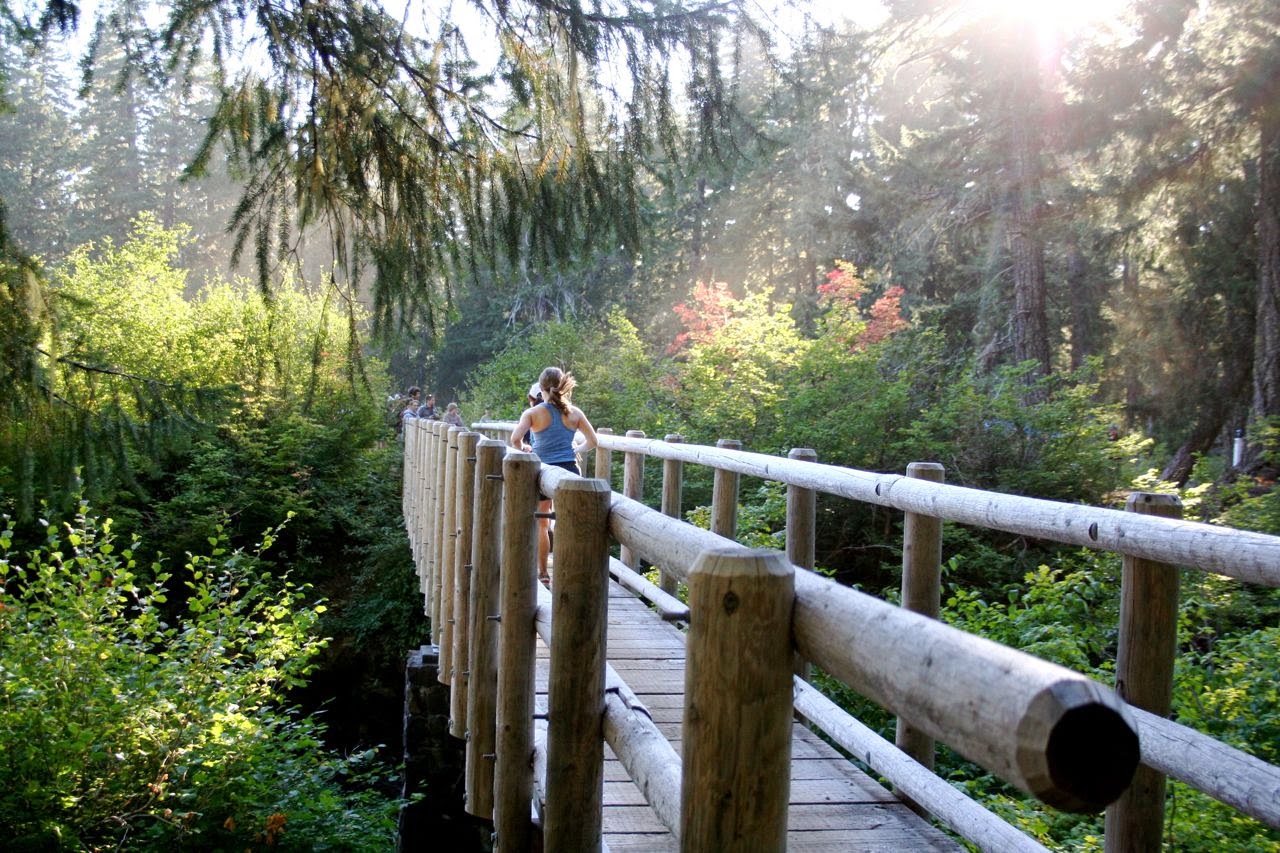 On Sunday morning, I reunited with one of my favorite trails in Eugene that happens to land in the middle of a nice 10 mile loop from where I park, which includes a few miles of flat roads, a few miles of hill and trail, a decent through a local golf course and then a few final flat miles back to the car.

The trail I love just happens to have some short, but steep inclines that make a great place to work on your hamstring strength and turnover. I even doubled back a few times to tackle the same hill twice. Call me crazy! In all, I did about 6-7 x 60-90 second hill intervals, which I could feel immediately. Sorry hamstrings, but it had to be done.

In addition to some longer, hilly miles, I also want to spend some time on my bike just for fun because I didn't get on my bike nearly enough last year with all the wedding planning madness.

And finally, I want to boost up my strength training with some extra challenging HIIT workouts. By now, you know my love for Gina's workouts, so I'll be going back to some of those and probably pull out a few of my Best Body Bootcamp workouts as well. Bring on the sweat fests!

As you can tell, this is going to lead to some serious variety, which I'm totally fine with. Variety is a good thing.

Arm strength & handstand challenge
I'm still working on my arm and shoulder strength, but not as much as I was the first two weeks of the month. I have done about four yoga classes both online and in studio that have focused on building shoulder strength and opening up that area.

Now I could also use to find a fluffy piece of grass to try some totally unassisted handstands on. I've learned how to sort of cartwheel out of a handstand if I go too far, but I still have this feeling that I'm going to land smack on my back, which I'd like to avoid.

How is your week treating you? Are you still going strong with your May goals?
Email Post
Labels: McKenzie River Trail trail running training plan

Lisa from Lisa's Yarns said…
Wow, your trip is so soon! I am so excited for you guys and can't wait to read all about it. I think it's good that you are giving yourself a break while on this trip as it's a once in a lifetime kind of thing so I think it's better to see where each day takes you versus trying to plan out a training schedule while you are there!

My week of workouts got pretty thrown off by my road trip as I took 3 days completely off. I felt a little guilty about it but I was so tired from the long days in the car and then the one shorter day was spent with family and I wanted to soak up time with them since I don't see my Chicago brother as often as I would like! I got a gym membership here in Minneapolis so am getting back on track, but my runs will be on the treadmill yesterday and today because I don't know where to run in the area where my aunt and uncle live. But tomorrow night I am going for a run with Phil as he lives close to one of my favorite running paths so I am excited for that!
May 21, 2014 at 6:20 AM

Heather @ Dietitian on the Run said…
I love that you take such a long vacation to Europe to really allow time for soaking it up & exploring! Can't wait to live vicariously through you for a few weeks this summer ;)
May 21, 2014 at 12:27 PM

Amber said…
I kind of did the same thing with our trip by doing my DietBet and also just really ramping up the workouts leading up to it. I didn't even feel slightly guilty for almost completely taking the two weeks off (I did get in five short runs and one 16 minute crossfit style workout) because I knew my body deserved the time off after how hard I worked it! Now I'm anxious to get back into it though which shows I had enough of a break :)
May 26, 2014 at 1:24 PM