A Road Trip to Southern Oregon

Friday night after work, the manfriend and I headed a few hours south to the city of Medford, OR. It was a nice night for a drive and I love how the terrain changes from fairly flat to a clear valley with rolling green hills on either side of the freeway as you get closer to Southern Oregon. It almost feels like a different state. 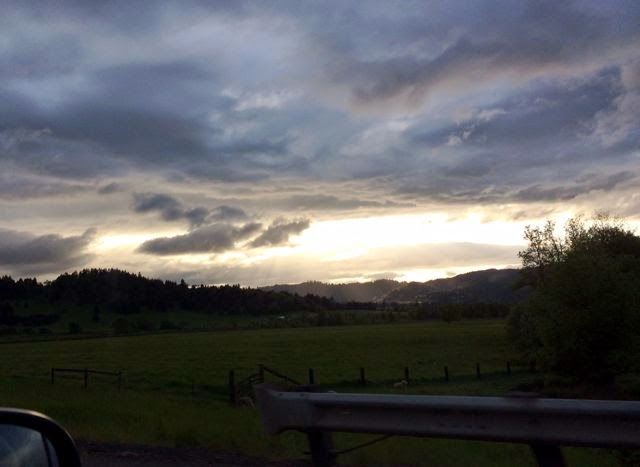 Not a great perspective of the big green hills, but trust me, they exist.

One of the reasons I love road trips is that it not only gets you out of your element, but it reminds you how pretty your state or country is. It's amazing how different the scenery can change, especially in Oregon within a matter of two hours from Eugene.

After rolling into Medford, we checked into our motel and headed downtown for some beer at the 4 Daughters Pub. It's always fun to go out in a different city. Plus, we got to see the end of the Blazers vs. Pistons game where the Blazers pulled out a win with .9 seconds to go!

Our trip south was all because the manfriend had planned to ride bikes with a friend who manages Medford Cycle Sport. We were up early to greet the sun and headed to the nearby Starbucks for some much needed coffee. 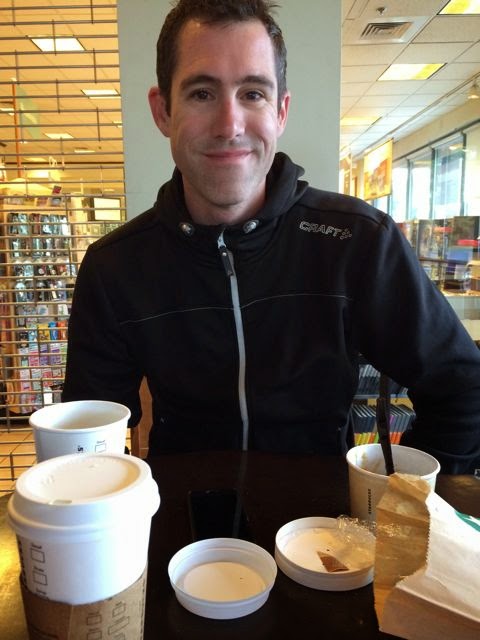 Shortly after, the manfriend pulled on his spandex and rode off to bike shop for the group ride. I had checked out the yoga studios in town and quickly determined I wanted to visit Rasa Yoga Center because of its good ratings and beautiful website. I signed up online for a $12 drop in class for their Saturday morning flow. 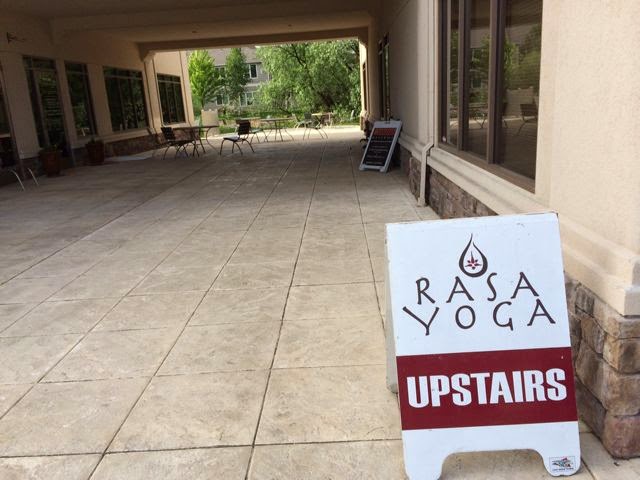 When I walked into the second floor studio, I was impressed with the beautiful space. Wood floors, views of the tree tops, a clean space with props-a-plenty. While Eugene has several yoga studios, most of them are not exactly serene or new feeling. 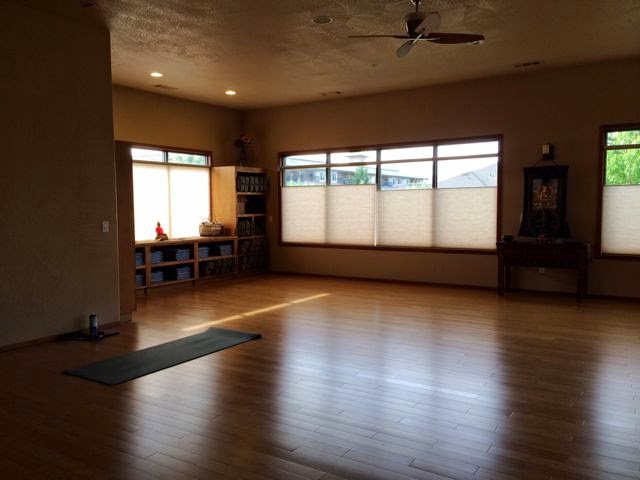 The 90 min class turned out to be just what I was looking for. The teacher, Lindsey, did a good job of walking around the room, demonstrating, adjusting and sitting on the ledge watching us.

We did several rounds of a challenging flow sequence and then she had us work on going from seated twist into scissored leg side crow, which was challenging on one side and somewhat doable on the other. She ended the class with a seven minute savasana and walked around the room with a little incense.

Not gonna lie, I walked out of that yoga studio feeling pretty content.

I had a few more hours to kill so I ended up calling my cousin and stopping by his house to see him and their two young girls for a bit. 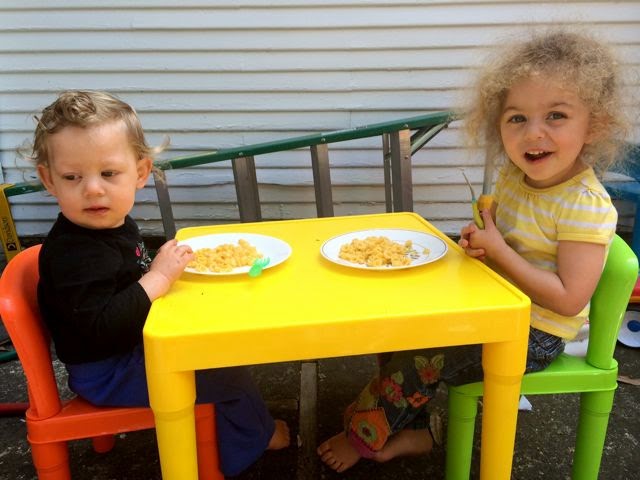 They are 1 and 2 and the two year old was quite comical. After hanging out for a bit, I headed downtown Medford to do a little chem studying. Limestone Coffee Co. was pretty cool inside and served a tasty Americano. 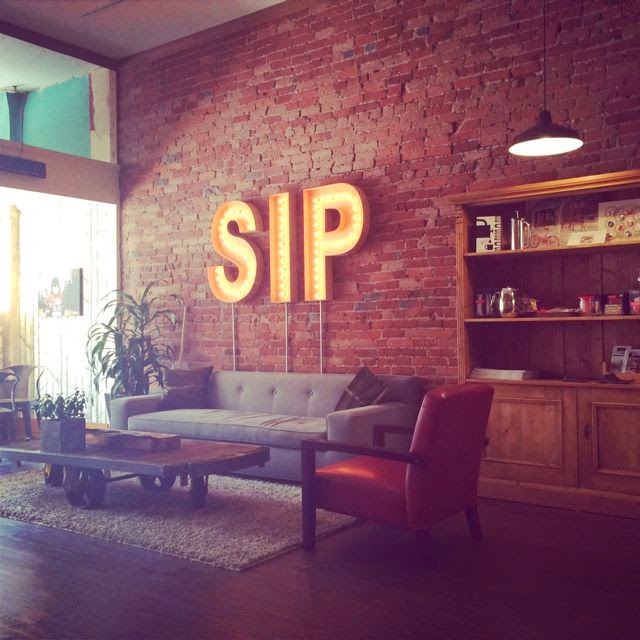 Finally, I got a text from the manfriend that he had survived a hilly 70 mile bike ride and could I please come get him in Ashland (a 20 min drive from Medford). I picked him up and we grabbed some eats at the grocery store before making the ~3 hour trek back home. 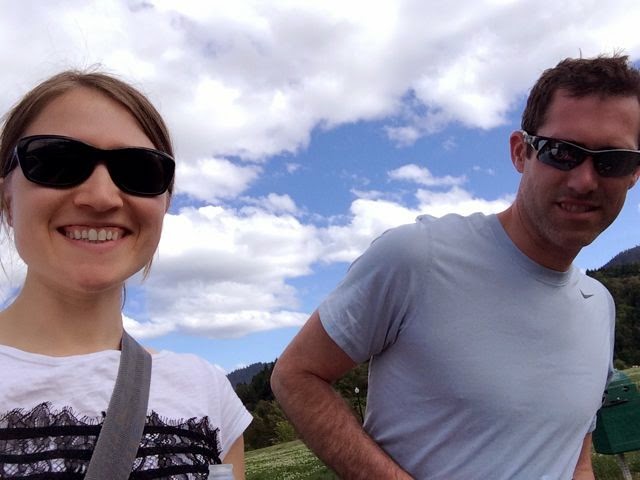 Tired, but happy, we still had Saturday evening and all of Sunday to spend in Eugene. It was a short and sweet trip, but definitely worth it!

*If you're visiting Southern Oregon, be sure to visit their wineries. Our favorite is RoxyAnn, but I've also heard good things about Abacela.

In the last year or so, I've really been jonesing to do some big road trips. Places I've been dreaming about include: Yellowstone, Joshua Tree, Zion, Moab, Grand Canyon and well, anywhere in Colorado.

What's on your list of places you want to road trip to? I'm sure I need to add more to my list!

Lisa from Lisa's Yarns said…
Looks like an awesome getaway for you guys! It sounds like a beautiful area of Oregon and that coffee shop and yoga studio both looked awesome. When you come visit, I'd like to take you to my yoga studio to see what you think. It's a chain (CorePower) but I LOVE it and can't wait to be walking distance away from it again soon.

I am actually not a big road trip person as I prefer to fly. I can handle trips that are under 4 hours, but anything more than 4 hours away is too much time in the car for me! But, I have been doing a lot of road trips while living in Charlotte since there is a lot within 4 hours. My favorite cities I've visited are Asheville and Savannah. And of course, 10 days from now I'll be on one of the longest road trips of my life as I'll be doing the trek back to MN with my mom.
May 8, 2014 at 3:24 AM